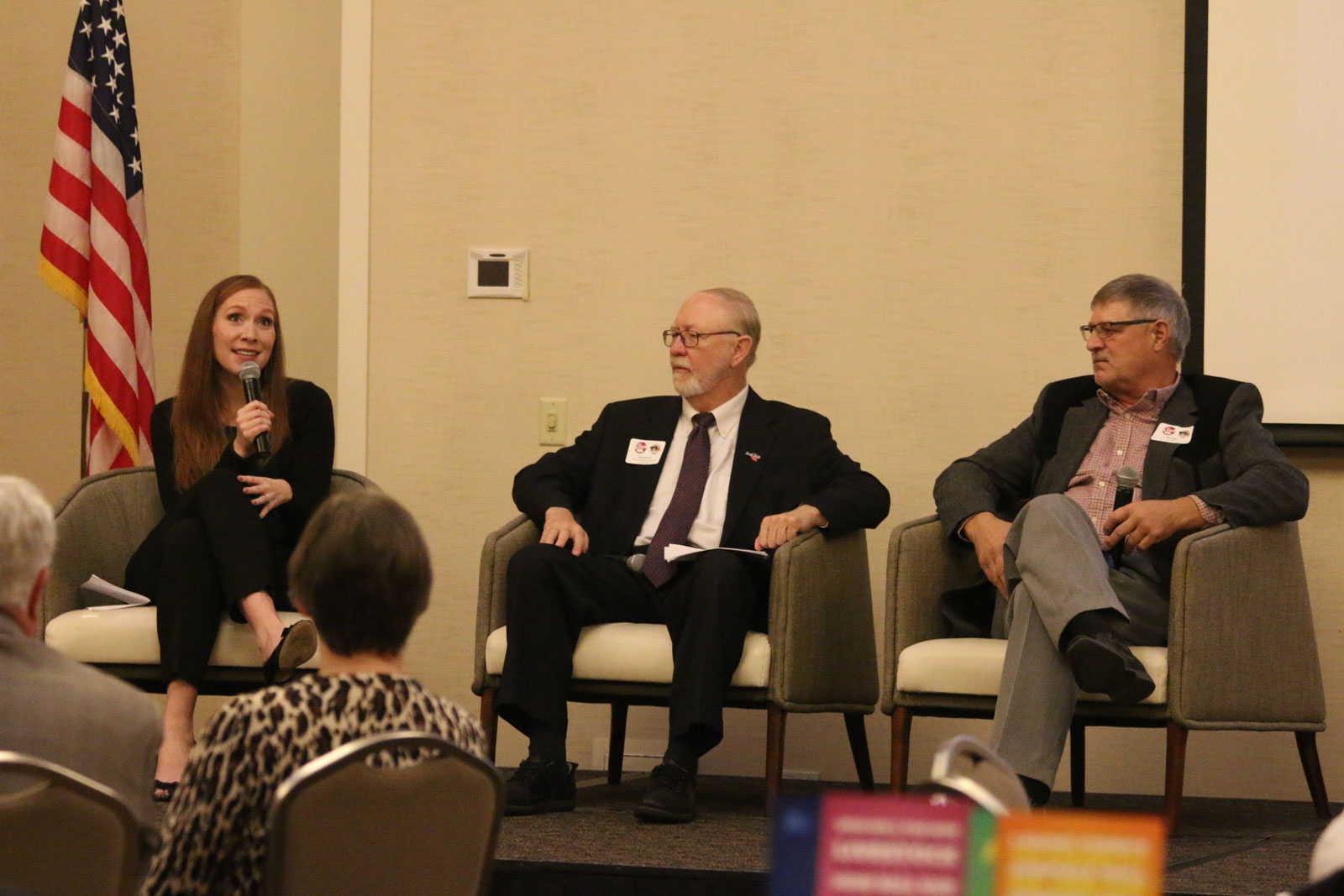 On November 21, 2018, Posted by Karen Brokaw , In Uncategorized, With No Comments

A panel discussion on ag workforce shortage and housing issues was one of the highlights of the of the Alliance for the Future of Agriculture (AFAN) and We (WSA) in Lincoln.

Panel participants were Bill Thiele of TLS Dairy of Clearwater, Liz Babcock with Adams Land and Cattle of Broken Bow, and Gary Person from the North Platte Area Chamber of Commerce.

Babcock, who handles human resources for the 160-employee Adams operation, said she has had success employees by focusing on millennials through social media–and working to build a better culture has helped retain good employees.

Thiele said housing is “tremendous problem” for their 30-employee dairy operation. He said they had to start buying houses when they became available, so employees would have a place to live.  They also pay the rent for employees.

Anne Meis of Elgin, a member of the Nebraska Soybean Board, said she enjoyed the panel discussion. “I liked the diversity of the panel, from the large operation represented by Adams Land and Cattle to a smaller operation with Bill Thiele of TLS Dairy.  The diversification helped us understand the challenges that both sizes of farming operations experience. It was a good representation of the issue.”

Another highlight of the annual meeting was an address by Nebraska Governor Pete Ricketts.  Ricketts said his administration continues for opportunities to expand livestock agriculture in Nebraska.

In her annual report, AFAN executive director Kristen Hassebrook said it’s been a good year for livestock development in Nebraska.

“There’s a lot of poultry that’s about to come online and hog development is really exciting right now,” Hassebrook said. “We also see the opportunity for some unique partnerships between beef and dairy-related to heifer development and feedlot opportunities.”

The meeting concluded with the recognition of Jim and Lora O’Rourke of RuJoDen Ranch, Chadron, Nebraska as winners of the 2018 Nebraska Leopold Conservation Award. The award is sponsored by the Sand County Foundation with support from AFAN, Nebraska Cattlemen, Cargill, and The Nebraska Environmental Trust.